The Paradox of Progress: Doing Theology with Both Sides of the Brain

Building on Iain McGilchrist’s much-debated book The Master and His Emissary: The Divided Brain and the Making of the Western World, this paper argues that there is a paradox of progress in theology. Namely, a crucial element for progress often comes from sources that seem to advance little or no progress.

McGilchrist’s influential work argues that the two brain hemispheres play complementary roles necessary to grapple with the world around us effectively. One side (right) is more attentive to the big picture, implied meaning and further possibilities, and understands stories, metaphors and stories, whereas the other (left) is good at analysis, simplification and reductionism. They are generally in fruitful tension with one another but may perform poorly when the right balance is lost. McGilchrist’s provocative thesis is that in many fields, and perhaps in the Western world at large, the left hemisphere has been gaining a dominance that is not conducive to either human wellbeing or genuine understanding.

Leaving aside the broader historical and cultural claim, which is necessarily oversimplifying, the present paper argues that the hemispheric perspective yields insightful results when applied to characterising different ways of doing theology. There are at least three points that pertain to the question of progress.

First, the hemispheric perspective highlights how different styles of doing theology, or different emphases on sources and themes, may work best when combined with different, complementary styles. If McGilchrist’s historical thesis is even broadly correctly, it would be no surprise to find it reflected in the development of theology, especially in dominant styles and themes. Indeed, for centuries if not millennia, theology (and religious thinking generally) built heavily on elements associated with the right hemisphere: mythical narratives, stories, metaphors, typologies, imageries, liturgy, and music. In contrast, much of contemporary theology gives pride of place to elements associated with the left hemisphere, such as rational argument and logical analysis.

Secondly, the hemispheric perspective to human thought does not mean that one style is inherently better than the other. It does, however, suggest a paradox. One tends to associate science with the left brain, but scientific progress has always relied on crucial input from the right hemisphere—intuition, imagination, and the exploration of unlikely possibilities. The paper asks whether something similar can be seen in theology. The desire for progress is predominantly a concern of people working in fields like analytic theology, whereas those more interested in themes like liturgy and metaphors are easily seen as not contributing to any progress (nor do they usually seek it). Nevertheless, there may be evidence to suggest that the analytic approach alone yields meagre results at best. In contrast, some of the more significant advances in theology have been brought by more synthetic explorations that engage intuition and imagination, such as the Catholic Nouvélle Théologie movement of the early 20th century.

Finally, the paper suggests that there may be a deeper match between the hemispheric structure of human thought and the human vocation to know and love an invisible and ineffable God. 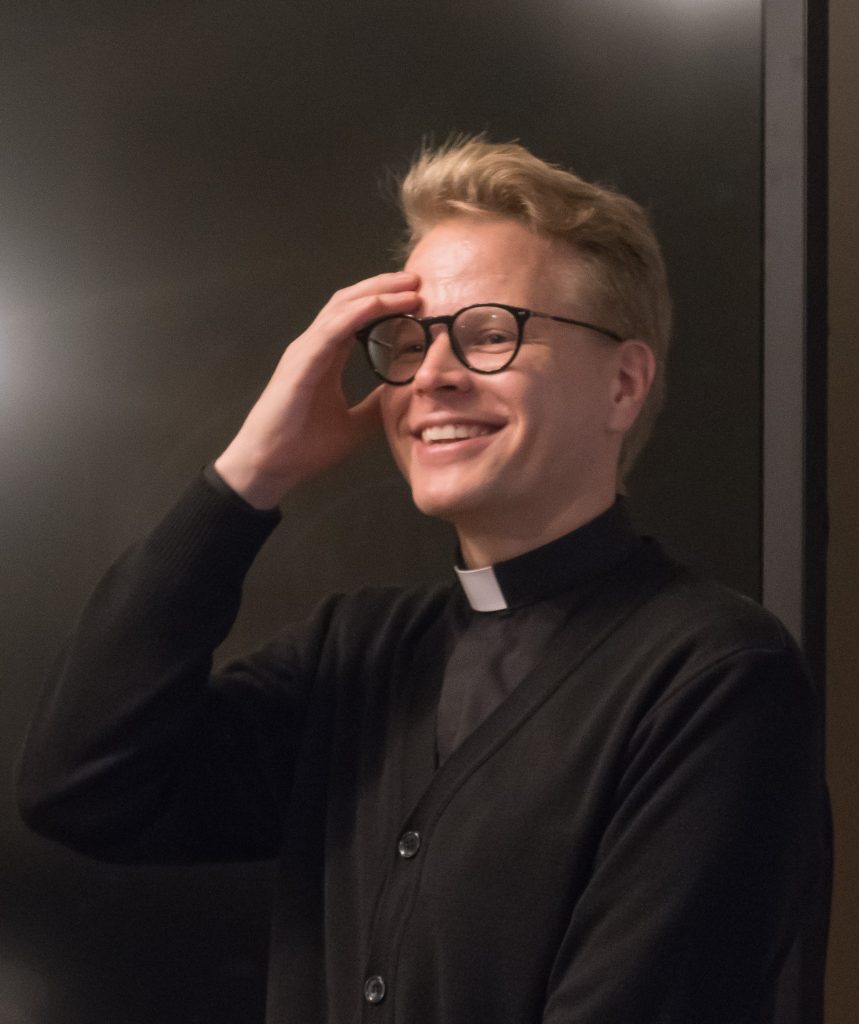 Oskari Juurikkala is a postdoctoral researcher in theology at the Åbo Akademi University, Finland. He wrote his doctoral thesis at the Pontifical University of the Holy Cross (Santa Croce) in Rome on the metaphor of the book of nature in patristic and medieval theology. He is currently working on the idea of God’s two books with Giuseppe Tanzella-Nitti.